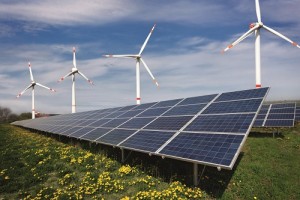 Renewable energy development has taken off in the United States over the past decade.  Solar, wind, and other renewable technologies are projected to continue to grow rapidly. But renewables still have a long way to go to replace oil, coal, and natural gas as primary sources of energy.  What will it take to reach that threshold and what obstacles and limits do we need to understand as we transition to a truly sustainable energy economy?

We’ll examine these and other key questions regarding the outlook for renewable energy and what it means for America’s future.

Cost: What are the important factors driving the total cost of different renewable technologies—e.g. equipment vs. soft costs? How far will costs continue to decline? Will costs be affordable enough to deploy at very large scale?

Density/Scale: Renewables are generally diffuse and distributed energy sources, how does that aid or hinder their prospects to become a primary source of energy?

Energy Quality/Substitutability: Renewable energy is most commonly used to make electricity, how does that affect its substitutability for uses that are currently non-electric—i.e. thermal heating and transportation?

Storage: How important is storage to the future of renewable energy? Are the oft-cited issues about storage overstated?

Bullets below summarize remarks by featured guests; they are not definitive statements by The Energy Xchange. In the spirit of discourse, this information may be revised through continued discussion.

Reduce unnecessary delays that drive up costs—“time is money.” Approximately 50 percent of costs for solar, for example, are “soft” costs—installation, permitting, etc. It should not take 6 months to permit something that takes a day to install. For example, Vermont is the only state to implement online registration instead of a permit application process for residential rooftop solar.

Need to get ready for “two ways streets” on the grid to embrace distributed energy.

Demand control—storage is less critical if peak loads can be shaved and shaped.

A major change in thinking—among grid operators and many others. A lot of decisions are still being made based on assumptions about a fossil fuel future. 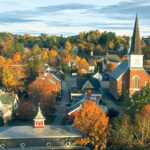 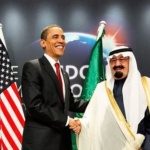 What is Energy Security? - Definitions & Scenarios 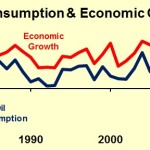 Oil and the Global Economy 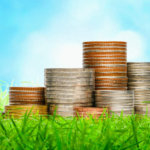 However, amid this hype, a certain amount of confusion , doubt and outright skepticism endures. WRI’s new paper, “Navigating the Sustainable Investment Landscape,” is based on interviews with 115 investment professionals — including asset owners with $1.26 trillion under management — and found that the prospects for sustainable investing are strong and overcoming key roadblocks will help the market reach a tipping point. 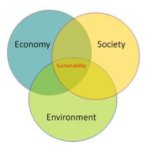 Getting the Measure of Sustainable Economic Growth

(The Ecologist) The new Index of Sustainable Economic Growth shows there is a shift to strike a healthier balance between support for the economy, and care for essential social and environmental systems. But can it ever replace GDP as a measure of progress? JAMES CURRAN explores the idea.

It looks like there is a shift to strike a healthier balance between support for the economy, and care for essential social and environmental systems “It’s time to go beyond GDP” claimed Manuel Baroso, President of the European Commission in 2007, but for over 60 years GDP has remained the obsession, and some have said fetish, of most Governments and most commentators.

Getting real with renewable energy

(Vermont Digger) Many people believe that 100 percent of our electricity can come from renewable energy. Such a goal is not only unachievable, it also diverts action from realistic strategies that will benefit the environment and our energy future. 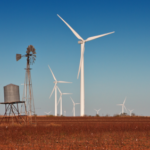 (Green Tech Media) Not all states are equal when it comes to renewable energy policy — particularly when it comes to how well states accommodate corporate clean energy procurements, according to a new report by the Retail Industry Leaders Association and the Information Technology Industry Council.

The commercial and industrial renewable energy market currently totals around 5 gigawatts of contracted wind and solar power, with these large-scale customers planning to procure an additional 60 gigawatts by 2025, according to the Renewable Energy Buyers Alliance (REBA). Whether or not companies will be able to meet their procurement goals relies heavily on state-level policies, which some leading corporations are actively trying to make more favorable . 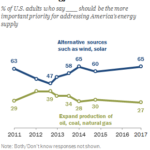 (Sustainable Business) As Trump prepares to unleash a new era of fossil fuels and take a hard turn away from renewable energy, a Pew Research Center poll shows that’s not what Americans want. A strong majority of 65% want the US to focus on renewable energy. Only 27% say fossil fuels should be the priority.

The divide remains stark between parties, however, with 81% of Democrats and 45% of Republicans preferring renewables. There’s also a generational difference: 73% of people under 49 years-old want renewables over fossils, compared with 50% for people over 50. Two other polls conducted after the election, show that Americans’ concern about climate change is at the highest levels since 2008. 64% are either “very worried” or “somewhat worried”, up from 57% in 2015.

Real Discourse - All Too Rare These Days

We didn’t call this initiative The Energy Xchange just because we thought it sounded catchy. The name evolved from a conviction that real discourse—not just debate, but conversations where different perspectives actually seek mutual understanding—is too often missing in coverage of the issues with which we are concerned. Consequently, we as a nation are making plans and decisions without sufficiently critical examination of fundamental changes that may lie ahead. To coin a phrase, the future we are planning for may not be the future that we are heading for. 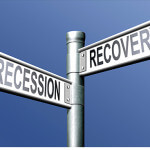 5 Key Questions about Energy and the Economy

One of the key goals of The Energy Xchange is to provide a platform for information-sharing and critical discourse about a broad issue that, in our assessment, has been grossly under-examined relative to its importance to our future. That issue is the interconnection between energy and the economy.

Even within the academic and professional field of energy economics, most attention is focused on economic analysis of the energy industry and energy markets—not on the implications of energy issues for the broader macro-economy. 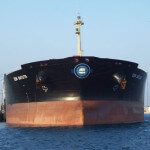 The United States has been enjoying a sharp increase in domestic oil production over the past several years, nearing its historic peak of 10 million barrels per day that was reached way back in 1970. Oil production had declined by almost half before the recent surge—few had imagined such a reversal was possible.

This boom has prompted industry voices and political leaders to re-examine the federal ban on exports of crude oil (the ban does not include refined petroleum products). The United States continues to be a net importer of petroleum—i.e. we still consume substantially more than we produce.